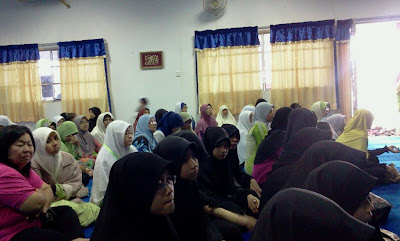 Rakyat must rise to defend Selangor.

Salient points of short speech by YB Dato’ Seri Ir. Hj. Mohammad Nizar Jamaluddin at Stadium Raja
Auditor-General praises PR states
The financial performance of states ruled by Pakatan Rakyat has earned praises in the Auditor-General’s report.  There have definitely been changes for the better in the way that PR runs those states.  There must be change in Putrajaya to save our country .
Najib’s budget
All are promises only, much like what was promised during the Kuching by-election but have not been delivered till now.  The one-off payment of RM 500 for families earning less than RM 3000 per month is to bribe the rakyat, especially the Malays.  If the money must be borrowed to pay for this, then it’s like taking the money from the rakyat to pay back the rakyat.  We look forward to this being the last budget by BN.
The Perak coup by Najib
Najib focused on Perak because of the slim majority by PR there.  Dirty tactics were used to rob the rakyat of their elected government, including sex being used to entrap PR ADUNs.  He gave a blow-by-blow account of how the 27 PR ADUNs tried to stave off the attack on the Speaker for an hour before the 28 BN ADUNs reinforced by 30 policemen who entered the State Assembly carried him off.
“Undi PAS atau UMNO?”
He introduced his book titled as above, subtitled “Analisa, Dalil dan Penjelasan”, and the effect it had on influencing UMNO members to leave the party.  The book explains the unity among the PR component parties to struggle against UMNO.
Outlook for PRU13
Information from government intelligence agencies does not paint an optimistic picture of BN’s chances in PRU13.  All MCA seats are likely to fall.  Hence, UMNO nowadays has to resort to desperate tactics.
Najib pays to promote his image
The rakyat’s money is used to pay FBC to promote his image internationally.  Just as APCO is likewise paid to advise him.  Those are Najib’s priorities, because although promised, the tsunami victims haven’t been paid yet, neither have the promises made to the rakyat during the state election been fulfilled.
The Mat Indera issue
A positive impact has been the BN government forking out RM 160 million to pay the widows and families of those soldiers who fought during the Emergency, after they have been neglected in the past.  But there are other heroes too who fought the British in the past, such as Tok Janggut, Dato Bahaman, Tok Gajah, Mat Kilau, Ahmad Boestamam and Dr. Burhanuddin al-Helmy.  They must not be forgotten.
Mat Indera defiant to the end
Mat Indera refused to confess falsely that he was communist.  He stuck to his faith in Islam till the end, refusing to renounce his beliefs as he went to the gallows.
Defend Selangor
Najib is trying hard to retake Selangor, and UMNO is resorting to divide-and-rule tactics to split the unity of the PR parties, besides registering foreigners as voters.  The rakyat must rise to defend Selangor.
Posted by Unknown at 12:18 PM 1 comment:

Posted by Unknown at 6:12 PM No comments:

HUDUD -- A brief response to Zainah